CDC Lied about Vaccine Myocarditis Being Mild: 20% of Sudden Deaths Caused by Myocarditis

When our health officials talk about Covid vaccine victims, we always hear the same story:

This gaslighting became an art form for Covid vaccine advocates, with fact-checkers and social networks suppressing any discussion. 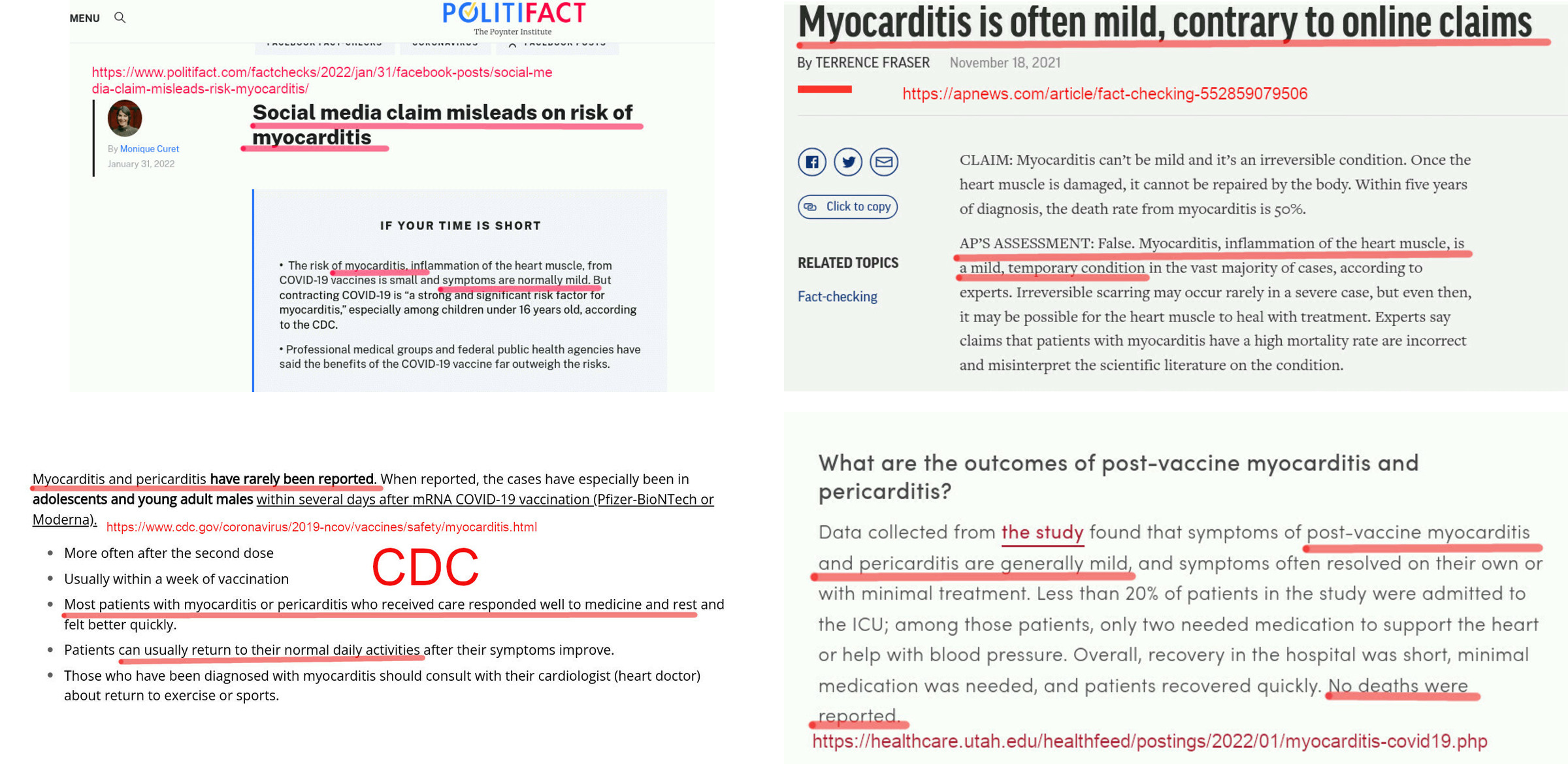 We instinctively know not to trust them, but had no scientifically validated studies of people who died suddenly after vaccination – until now. A study of victims of sudden post-vaccine deaths by pathologists at the University of Heidelberg was published in Clinical Research in Cardiology. (See the full publication below his article.)

The study is very interesting in that university pathologists got hold of 25 bodies of previously healthy people who “suddenly died” within 20 days of Covid vaccination. (NOTE: most deaths happened within one week. They also excluded ten more people found to have legitimate pre-existing illnesses — so they were quite thorough)

Here, we describe the cardiac autopsy findings in five persons who have died unexpectedly within seven days following anti-SARS-CoV-2-vaccination, with vaccine-induced myocardial inflammation representing the likely or possible cause of death. Our findings establish the histological phenotype of lethal vaccination-associated myocarditis.

Standardized autopsies were performed on 25 persons who had died unexpectedly and within 20 days (20 days was the study parameter — they died within 7 days — I.C.) after anti-SARS-CoV-2 vaccination.

So, 20% of all “sudden deaths” happening shortly after COVID vaccination are caused by myocarditis.

Had they not been autopsied by the University of Heidelberg pathologists, they would NEVER have a diagnosis of myocarditis.

I want to ask the following questions:

Our authorities claim that “myocarditis does not cause deaths” for only one reason: they refused to autopsy vaccine victims. As soon as autopsies of a representative sample of “sudden deaths” were finally done, as in the above Heidelberg study, it turned out that 20% of sudden deaths were myocarditis-related.

The pathologists explain that this specific course of myocarditis was never observed before Covid vaccines:

During the last 20 years of autopsy service at Heidelberg University Hospital we did not observe comparable myocardial inflammatory infiltration.

What Caused Other 80% of Deaths?

Here’s the list of “causes of death” for most of these subjects. Thanks to Brian Mowrey for pointing it out. A lot of them deserve their own substack post!!! Look at sudden-onset pneumonia, pulmonary embolism, thrombi etc. Lots of good material to work with. 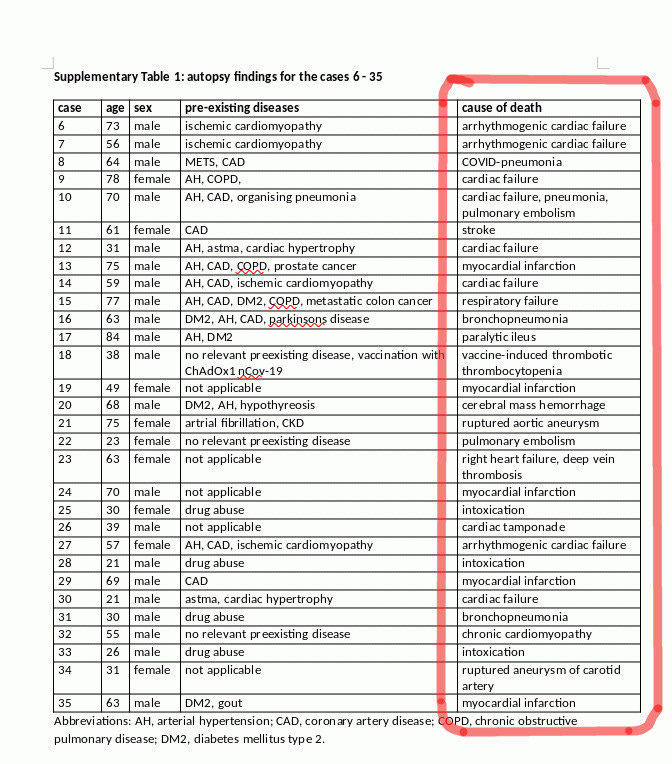 It Was Likely Worse for Younger People!

The above Heidelberg study was done on mostly old people killed by Covid vaccines.

The reason for this is that these autopsied deaths occurred in 2022 when 4th vaccine doses were given out. Young people finally wisened up, and most refused Covid vaccines at this point in time, so not as many younger persons died. Unfortunately, this means that younger victims of Covid vaccines, who died in 2021, were not analyzed this time.

Their deaths were ignored, disregarded, and covered up. They died “for science,” were lied to, and never needed these Covid shots. We, the adults, let them down, poisoned them, and then ignored them and gaslit their parents. Most myocarditis victims who died suddenly were never even diagnosed.

Their grieving families will not be compensated.

Will their deaths be swept under the rug? Or will any real investigations follow? What do you think?