Tower of Basel: The Shadowy History of the Secret Bank that Runs the World 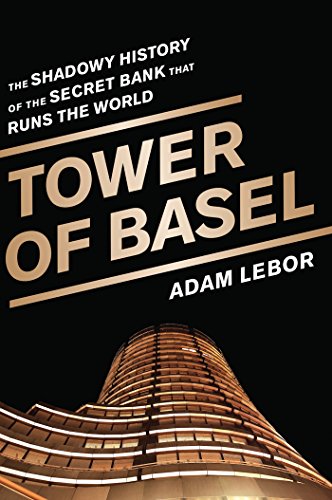 Tower of Basel is the first investigative history of the world’s most secretive global financial institution. Based on extensive archival research in Switzerland, Britain, and the United States, and in-depth interviews with key decision-makers including Paul Volcker, the former chairman of the US Federal Reserve; Sir Mervyn King, governor of the Bank of England; and former senior Bank for International Settlements managers and officials.

Tower of Basel tells the inside story of the Bank for International Settlements (BIS): the central bankers’ own bank. Created by the governors of the Bank of England and the Reichsbank in 1930, and protected by an international treaty, the BIS and its assets are legally beyond the reach of any government or jurisdiction. The bank is untouchable.