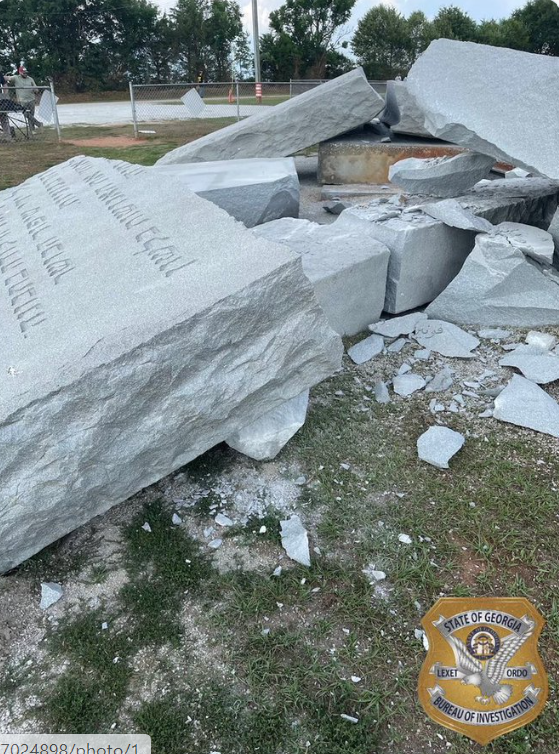 A Georgia monument that drew curious visitors and was derided by a gubernatorial candidate as satanic was destroyed Wednesday after authorities said someone detonated an explosive device at the site.

The Georgia Guidestones, a granite monument adorned with a message about the conservation of humanity, was demolished for safety reasons after the 4 a.m. explosion in Elbert County, the Georgia Bureau of Investigation said in a statement.

The agency released surveillance video showing the explosion and a silver sedan leaving the scene shortly after the detonation.

No motive has been identified and the agency has only said that “unknown individuals” detonated the device.