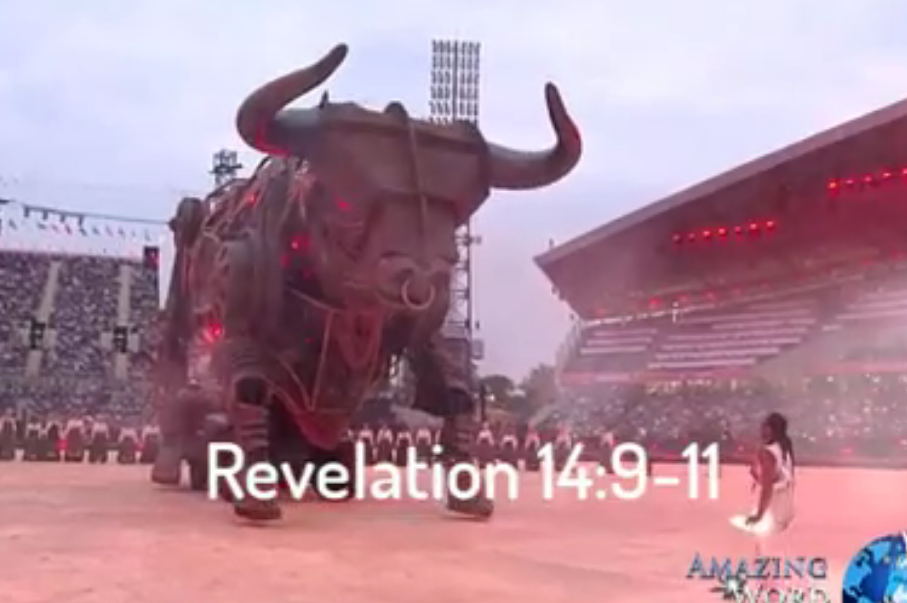 Every western government is run by satanists, and they are now openly carrying out public rituals to celebrate Lucifer’s (temporary) dominion over Earth.

At the British Commonwealth Games opening ceremony this week (involving 72 nations), a horned bull creature representing Baal was rolled out in a hellscape arena, complete with depictions of burning lava fire pits, while dozens of satanic worshipers bowed to the demon creature as part of the public ritual. This was publicly broadcast in broad daylight, indicating that the satanists are no longer trying to hide their rituals in dark forests and secret dungeons… they’re now invoking Satan right out in the open, for an international audience.